Home » About the VVAA Queensland.

The Vietnam Veterans Association of Australia (VVAA) had its advent in the Vietnam Veterans Action Association formed in the late 1979 as a result of the perceptions of Vietnam veterans that exposure to chemicals was causing problems with their health and the health of their children. The chemicals, known by the generic name of Agent Orange included 2,4,5,T and 2,4,D, which is a by product of the extremely poisonous substance TCDD or dioxin. The problems ranged from minor irritation to lethal, with symptoms such as skin blisters, itching, flushes, nasal problems, blurred vision, respiratory, cardiovascular, gastrointestinal, gastro-urinary muscular and nervous system disorders, cancers and tumours. This was often exacerbated by psychological disorders caused by what was later diagnosed as
post traumatic stress disorder.

The Association fought an uphill battle against government indifference, including the bitter disappointment of the now discredited 1983 Evatt Royal Commission on the Use and Effects of Chemical Agents on Australian Personnel in Vietnam. At the same time there was a very real feeling that the RSL had not accepted the Vietnam veterans, and nor would it pursue the concerns of this group with the vigour they believed that those concerns warranted. This feeling was never stronger than during this period, when the VVAA and the RSL were absolutely opposed.

The gradual successes of the VVAA in the following years came as a result of much hard work and lobbying. The Vietnam Veterans Counselling Service was established as a direct result of the action of the VVAA, and it is now an integral part of treatment regimes, not only for veterans, but also for the survivors of traumatic events such as the Port Arthur Massacre.

This was followed by the establishment of the Post Traumatic Stress Disorder Clinic in Heidelburg, which now extended its treatment to St John of God Hospital in Sydney, together with visiting services to various rural locations. Lifestyle courses permit veterans to contribute to their own well-being, learning how to cope with problems and adapt their lifestyle to best suit themselves.

The bitterness engendered by the political response to veterans’ concerns about their health and the health of their children coloured the attitude of the Vietnam Veterans Association of Australia for many years. It is only lately that positive action by both the Department of Veterans Affairs and the VVAA has resulted in a relationship where the concerns of veterans are being addressed. The VVAA is represented on a large number of Government committees as a respected part of the Ex-Service community and is a major contributor to debate, legislation and administration involving veterans.

The VVAA remains a wholly volunteer body, whose sole interest is the welfare of veterans and the families of veterans. It has strong representation in every State and Territory, and very close ties with equivalent organisations in the United States and New Zealand. The relationship between the now R&SL and the Association has matured into one of mutual respect, and many members of the Association also enjoy membership of the R&SL.

Current issues involving the Association include the recently released results of the Vietnam Veterans Mortality study, (commissioned by the Department of Veterans Affairs) and following through on the self-reported issues revealed in the long-delayed Vietnam Veterans’ Health Study, including spouses and children. The Mortality Study revealed that Vietnam veterans have a death rate 7% higher than the general male population, with deaths from cancer 21% higher, prostate cancer 53% higher, lung cancer 29%, ischaemic heart disease 10% and suicides 21% above the general male population. This is a cause for grave concern, and work continues to ensure that the results of this study are reflected in Repatriation Medical Authority and Departmental documents. The nominal roll of Vietnam veterans was released in 1997, although it should be noted that the value of this work is in its contribution towards the Mortality and Health Studies. In addition to this, the End of War List for this war has just been compiled, and this will result in a review of awards which were recommended at the time but which were not awarded due to the imposition of medal quotas. All of these things contribute to addressing the issues of concern to veterans. The results of the Health Study were released in April 1998, and sadly, confirmed the worst fears of veterans in relation their health, and the health of their children. The VVAA is committed to accomplishing, quickly, accurately and completely, the validation which the government requires.  It will then move to achieve the Association’s stated aims in regard to the Health Study outcomes.

The Badge of the VVAA

While serving as the New South Wales State President of the Vietnam Veterans Association of Australia, Mick Scrase JP, and the then NSW Secretary, Denise Burke came to the conclusion that the Association should have a badge, a national symbol by which members could be recognised.

After many sketches, they came up with the proposal for:

This was the final draft that was put to the National Council (Phil Thompson was the National President at this time) and the New South Wales Branch. In those days, both worked side by side out of the HQ, which was at the rear of the Granville RSL Youth Club Hall in Blaxcell Street.

The design was agreed, quotes were sought from a number of companies and Perfection Plate was given the order to manufacture. The design number was 582/82.

The badge was well-accepted at first, but a few years later the VVAA was advised that RAN members did not think that they were represented. Their opinion was that the Rising Sun represented the Army, and the plane represented the Air Force.

At the same time, attendance at what was then Long Tan Day services dropped off because Navy and Air Force thought that it was for Army only. The Committee discussed these serious problems, and a change to the colour of the flag on the badge was moved and carried unanimously. With these changes, the badge now shows the White Ensign for Navy, the Rising Sun for Army, and the Plane for Air Force.

This badge is now a registered trade mark of the Vietnam Veterans Association of Australia (as is the name), and by law may only be used by members, Sub- Branches and State Branches of the VVAA, as authorised by the National Council of the VVAA.

The Motto of the VVAA

The motto of the Vietnam Veterans Association of Australia is:

Honour the dead but fight like hell for the living

There has been considerable debate about the source of the motto, and the following research by Ron Briggs of South Australia comprises the latest information known.  If anyone can shed any further light on the motto, please contact the webmaster.

Investigations undertaken by Ron Briggs in mid-1999, revealed that the motto was first used in Australia by the NT branch of the Association and was subsequently adopted in the early nineties by the National Council to be used by the VVAA on an Australia-wide basis.

There was some evidence to indicate that the motto originated in the USA, with a small piece in the VVAA Queensland newsletter “O Group” suggesting the motto was first used in an article that appeared in the “National Geographic” of May 1985.

Further investigation revealed that the National Geographic article, which was part of a piece written for the dedication of the “Wall” in Washington, actually came from a book entitled “To Heal A Nation” by Jan Scruggs and Joel Swerdlow (Scruggs being one of the main movers behind the building of the Wall).  The authors refer to a sign that was thrust into the ground at the dedication ceremony.  The wording on the sign read: “Honour the dead, fight like hell for the living”.   At the time, Briggs wondered whether the words had been borrowed from some other source, and perhaps came from another war.

Later, the State Secretary of the Returned and Services League of Australia  in South Australia, John Spencer, sent Ron Briggs a photocopy of an unsigned piece that appeared in an RSL journal in 1948, and which is very prominently entitled: “Honour the Dead, by Helping the Living”.   While not precisely the same words as the VVAA motto, one is struggling not to draw the conclusion that there may be a very strong connection.

Interestingly, although dated 1948 (at first sight, presenting a nexus with the Second World War), the piece is largely concerned with 5th November and the story behind Poppy Day, which obviously puts the sentiment in the era of the First World War.

Of particular interest however is a paragraph dealing with the formation of the British Legion, quote: “[T]he British Legion was formed to foster the interests of ex-servicemen, and the late Field-Marshall Earl Haig, the first Grand President, sought for a symbol which would (my parenthesis) ‘honour the dead and help the living’”   The penultimate paragraph again seems to paraphrase the motto, and ends with the observation that “by buying a poppy you are honouring the dead by helping the living”. The piece then goes on to speak of John McRae and quotes some verse from “In Flanders Fields”.

Has the VVAA inadvertently borrowed a sentiment from Field-Marshal Haig?  Does the motto have an earlier connection (pre-Vietnam and the Wall) to the Americans through John McRae and the Canadians at the time of the First World War?

In any event, it seems that this sentiment, so concisely put, and so appropriate to those who have survived warfare only to find the peace more deadly than the war, has been used before.  The Vietnam Veterans  Association of Australia believes that it continues to be a succinct and utterly appropriate expression of the Association’s objects. 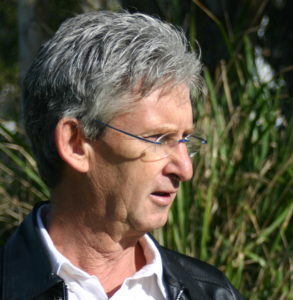 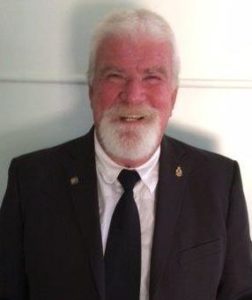 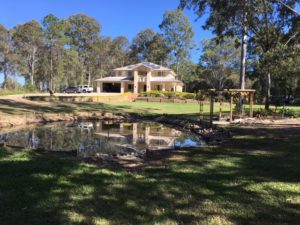 “HONOURING OUR HEROES” VIETNAM & OTHER VETERANS CONCERT. 2nd June 2018 “Honouring our Heroes” Concert The concert is a thank you for your service to your country and its people from the communities of Moreton Bay Region and Australia and Thai & Diamond Bich Ngoc and the South Vietnamese people. This concert will be a …